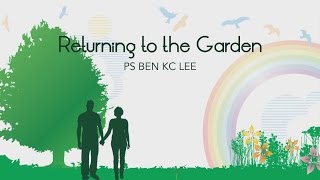 Returning to the Garden

It’s tragic that our young learn sex from their equally misinformed friends and from pornography. Yet churches remain silent on sexuality. Is this why more and more Christians have sex before and outside marriage? Why is there a growing chasm between belief and practice? It’s time to start a Biblical conversation on sexuality, to uncover God’s design of sexuality, we return to the first garden on earth. About the speaker Ps Ben KC Lee serves as Regional Pastor with Hope Inter 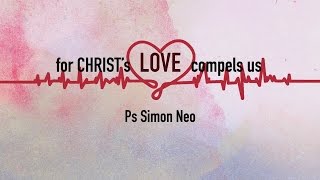 For Christ's Love Compels Us

Ps Simon Neo was a former drug user until in 1977, he was touched by the transforming power of God‘s mercy and grace. He, together with other ex-drug abusers, found Breakthrough Missions and is presently the Executive Director. Ps Simon Neo graduated from the Singapore Chin Lien Bible Seminary in 1985. He has travelled to several countries to conduct evangelistic rallies and led many lost souls to the Lord. He also set up Breakthrough Missions halfway houses in Canada & Indon 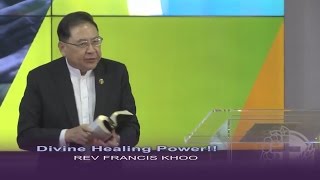 This message was recorded at our Touch Jesus, He Heals! Service on Saturday, 16 April 2016. 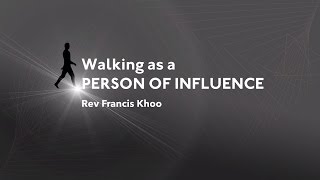 Walking as a Person of Influence

God has a destiny for the whole of His creation as well as a destiny for each and everyone of us individually. In that destiny, there is a place of significance for us to be that person of influence for God. How do we enter to be that man or woman that God wants us to be? In that is the question, in that lies the answer! 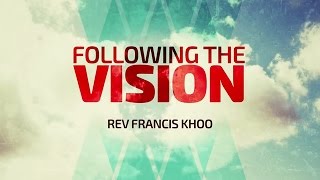 God raises a man to lead and carry a vision. But there is a fundamental difference between following a man who has been given the task to carry a vision and following a God-given vision. Rev Francis will be sharing some important keys to understand this.
Video Archives
Audio Archives